MoF is a mentoring program for students of the University of Prishtina. This program will serve as a meeting point of professionals and as an exchanging space of their professional experience. This networking mechanism will be an address where the community will communicate and benefit in different fields.

To provide each student with individual attention and guidance related to their professional development goals, career aspirations and networking needs.

If you want to be mentored by established professionals of our society, apply here to Become a Mentee.

If you want to be part of a network of established professionals and offer your expertise by mentoring students in Kosovo, apply here to Become a Mentor.

If you want to be part of the program as a Mentee but you do not find a field that suits your interests, then Ask for a Mentor. We will do our best to find a mentor that suits your needs.

Indira Kartallozi is a director at Kaleidoscope Futures a Cambridge-based think-tank and media company focused on creating a better and brighter future – one that is safe, smart, shared, sustainable and satisfying. Through courses, research, publications, and films, Kaleidoscope promotes the creation of future-fitness and integrated value.
Click for more

Bjondina Rexha holds an MA from Central European University in Global Economic Relations and a BA from University of Prishtina in Banking, Finance and Accounting. Currently, she works as a Senior Officer for Economic Criteria and Regional Development at the Ministry of European Integration.

Previously, she was a Project Manager at Kosovar Youth Council where she managed a project focused in Quality of Education. She was a representative of University of Prishtina at the Harvard National Model United Nations held in Boston, Massachusetts. Moreover, she attended a lot of different conferences and trainings, such as: European Youth Parliament, Young Leaders of Southeastern Europe, School of Politics etc. Bjondina was a Young Cell Scheme Scholar, Round X.

Vjosa Morina is working as a Consultant in Management for a Capacity Development Project at the Ministry of European Integration. She has worked for more than 4 years in the civil society sector, experienced in project management, capacity building, education, advocacy, and minority communities’ empowerment.

Mentoring our Future (MoF) is a mentoring program for Kosovan students at the University of Prishtina. The main aim of this program is to facilitate the transfer of professional knowledge and experience between established professionals and Kosovar students who are interested in developing their career in a respective field. This program will serve as a meeting point of these professionals and as an exchanging space of their professional experience, therefore this networking will be an address where the community will communicate and benefit in different areas.

During 2011-2016 Garentina served as an advisor for foreign policy and security of the President of the Republic of Kosovo, Madam Atifete Jahjaga. In this role, it has assisted in the expansion and deepening of bilateral relations and partnership between Kosovo institutions and other states in various fields including Kosovo's international consolidation, national coordination for achieving the country's strategic goals and confronting violent extremism.

Earlier, Garentina in the capacity of correspondent of the American News Agency The Associated Press from 2000 to 2007 reported on the deployment of the international protectorate in Kosovo, the security situation and the transition challenges in this period. In this role she came from her work as a journalist in the daily "Koha Ditore" from 1997 to 2000, a period during which she reported on armed mobilization in Kosovo, war and its consequences.

Her Bachelor Thesis theme at Yale University has researched the aspect of recruiting Kosovo Liberation Army during the 1990s and was awarded the Charles Washburn Clark prize for the best essay in comparative politics at this university. 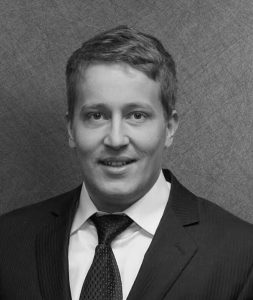 Bardh Hoxha is an Assistant Professor of Computer Science in the Department of Computer Science at Southern Illinois University. Bardh holds a PhD degree in Computer Science from Arizona State University where he worked in the area of testing and verification of Cyber-Physical Systems with Prof. Georgios Fainekos and was part of the Cyber-Physical Systems Lab. He received his Masters degree in Mathematics from Central Connecticut State University and a Bachelors degree in Computer Science from New York Institute of Technology. Bardh has published papers on various methods for testing and verification of CPS ranging from elicitation of formal requirements, parameter mining of temporal logic requirements, and conformance testing of CPS. The research methods aim to alleviate/solve problems from the automotive, aerospace, and medical device industries. In addition, Bardh is one of the main contributors of the award-winning verification toolbox S-TaLiRo. One of Bardh's papers on robustness guided testing of stochastic CPS was nominated for best paper awards from IEEE. At ASU, Bardh received an outstanding PhD student award. 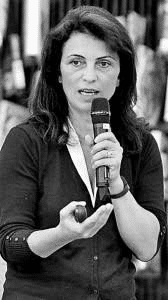 Indira Kartallozi is a director at Kaleidoscope Futures a Cambridge-based think-tank and media company focused on creating a better and brighter future – one that is safe, smart, shared, sustainable and satisfying. Through courses, research, publications, and films, Kaleidoscope promotes the creation of future-fitness and integrated value. Indira is also a founder of the Migrant Entrepreneurs International - a social enterprise that stands for recognizing the positive contribution of migrant entrepreneurs globally, for empowering marginalized migrant communities through entrepreneurship and for promoting sustainable and responsible practices by migrant entrepreneurs.

With over 15-years of experience working with most marginalised communities, her expertise ranges from forced migration and human rights, gender equality, to social entrepreneurship, transformative leadership and sustainability. Her expertise has taken her to various countries in Africa, Asia, Europe and Latin America. Indira is also on the Advisory Board of GERMIN, a Kosovo based diaspora initiative, and ‘Impacto’, a Malaysian social enterprise and previous roles as the chair of the judging panel for the Social Enterprise Reporting Awards (SERAs), an initiative of CSR Nigeria.